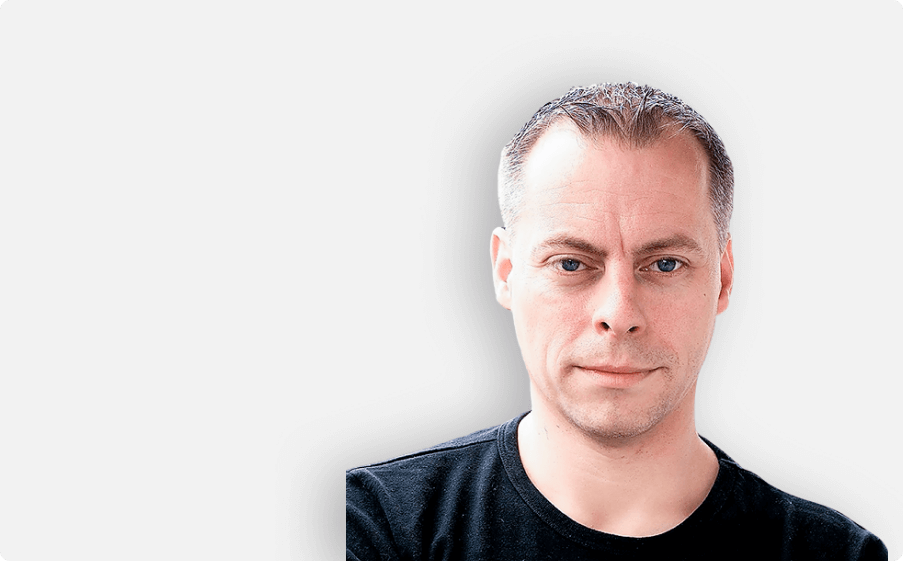 GivingTuesday is a day when people around the world come together to give back. What started as a day in the US has quickly grown into a worldwide celebration of generosity and capacity to give. In the Netherlands, we spread the idea via the hashtag #GivingTuesdayNL and our website.

As the first edition of GivingTuesday was held in the Netherlands on December 3, 2019, the volunteers’ team needed to follow the mentions of the hashtag #GivingTuesdayNL on social media. We were looking for a tool to track, monitor and report if charities or individuals did something before, during and after GivingTuesday. Awario was there for us to perform the job.

Our major social media monitoring goal was to know if GivingTuesday in the Netherlands would be picked up by charities. That's why we introduced the hashtag #GivingTuesdayNL specifically for the Dutch GivingTuesday movement. We had been monitoring this hashtag from November until the 10th of December. We wanted to see if, on the day itself, Tuesday, December 3, the total number of mentions for #GivingTuesdayNL would be different from the other days. This was certainly the case, and through the reports from Awario, we were able to see this. By Tuesday noon we became a trending topic on Twitter.

We used Awario primarily to see how often people mentioned #GivingTuesdayNL on different social media channels. We used the tool to share or reply to the posts with the #GivingTuesdayNL hashtag.

"On a daily basis, we used Awario to engage more people in the movement."

Thanks to Awario, the volunteers within the Dutch GivingTuesday movement had an opportunity to follow all mentions of the different GivingTuesday hashtags. 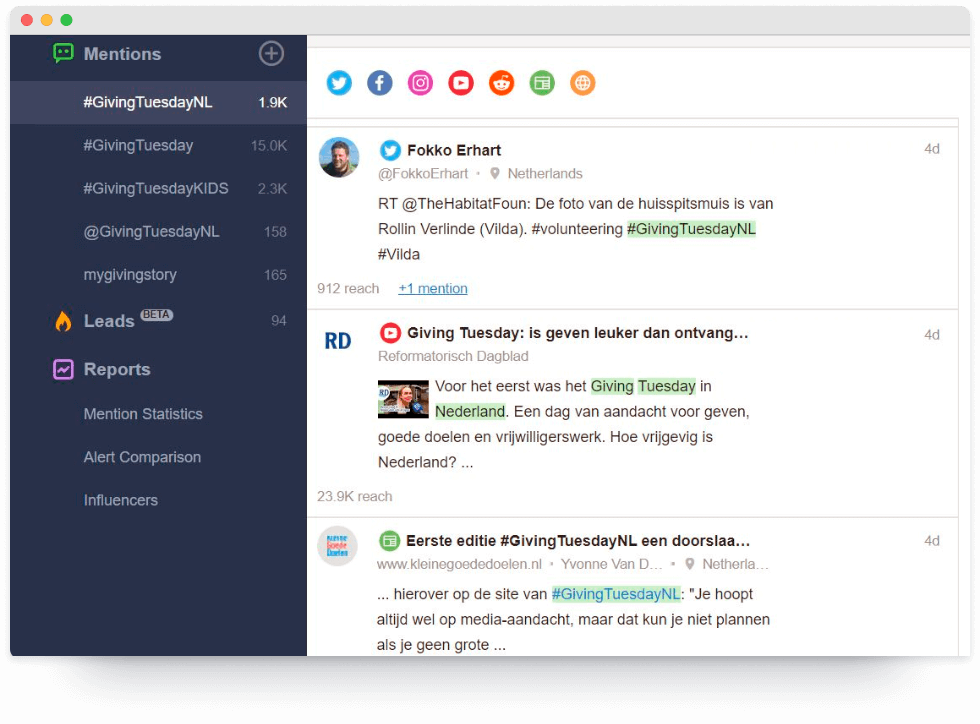 Not only could we easily follow what was written about the first Dutch GivingTuesday, but also the team was able to reply to these posts almost instantly. No extra tools were required for this, as Awario allows you to respond directly from the dashboard.

"A lot of work and hours were saved
with Awario." 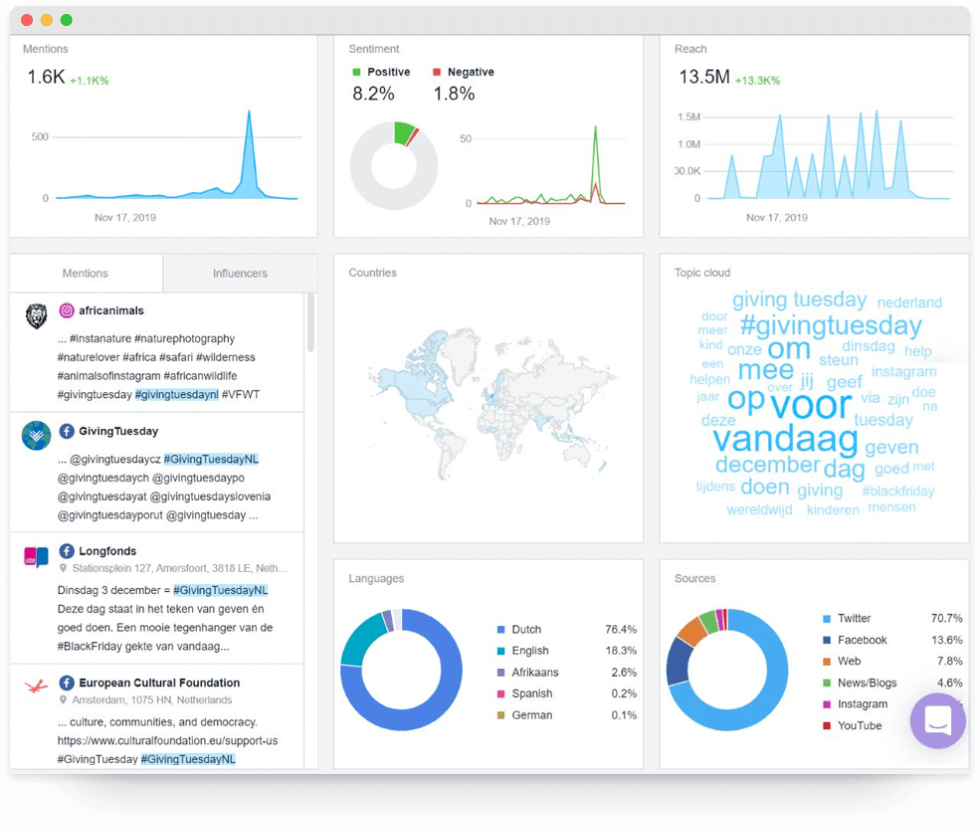 The team made good use of reporting. It helped to assess the impact the social media posts had been making during the month before GivingTuesday and on the day itself.

Due to the joint efforts of the team, our campaign this year resulted in 250+ charities mentioning the hashtag #GivingTuesdayNL. Thanks to Awario, we were able to respond immediately from within the application to these mentions.

"As Awario is also monitoring websites and news/blogs, we were able to catch sight of the big media telling about GivingTuesday in the Netherlands. This feature helped us to spot the media that mentioned our movement, and we connected with them quite quickly. These interactions resulted in several interviews on television & radio"

We did not make any comparison with the previous year, as the Dutch movement started in 2019. Our initial goal was to notice those who mentioned the hashtag #GivingTuesdayNL. As we have a baseline now, we should be able to see how the movement (hopefully) will grow in 2020 compared to this year.

Thanks to Awario, our movement was able to acknowledge the social media effort of our volunteers in the days before and on GivingTuesday itself. We even used Awario in our LIVE 8 hour Facebook/YouTube event. Charities were interviewed, and between these interviews we looked at the mentions and showed Awario in real time in the live event. It was a delight to see 1.6K mentions with a reach of 13.5 million on our first GivingTuesday edition in the Netherlands. We hope to use Awario again next year when GivingTuesday is held on the 1st of December 2020.