The XX century had Henry Ford as the model of a modern businessman, we have Elon Musk. Indeed, the CEO of Tesla managed to create a brand around his name. He represents the modern billionaire: made his fortune on the Internet, interested in technologies, and has a very distinctive online presence. No wonder he is often compared to another genius billionaire and inventor of the current cultural zeitgeist — Iron Man.

Waiting for the day when @elonmusk will announce at a press conference that he's iron man or something!

In case you don't know who he is, here are some facts about our protagonist:

That's the short introduction. But it's unlikely that you know all that about Mr. Musk. The thing is, when we think about public figures, be it musicians, politicians, or entrepreneurs, we are more likely to think about their image than list all their financial accomplishments in chronological order.

Moreover, Elon Musk's image might be as influential as his business decisions. After all, the stock market keeps a close eye on his tweets.

Elon Musk is perhaps the best illustration of why your online reputation is important. His actions on social media and his image directly affect the success of his companies on the market as evidenced by this headline from CNBC.

And remarkably, this is not the only time Elon Musk's social media posts or online appearances influenced the stock market: him smoking weed on Joe Rogan's podcast plummeted Tesla's shares once again, and his short tweet about Etsy bumped their shares by 10%.

Seeing how powerful Elon Musk's online reputation is, I was curious to analyze it. Of course, we at Awario love to run analysis — after all, Awario is a social media analytics tool. You can use this blog post as a kind of blueprint for your own reputation analysis (or your CEO's and other public figures' in your company).

Perhaps you manage social media profiles for a small brand or a medium-sized company and don't think there's a person who represents your company. However, there are always employees who stand out on social media and talk about their work a lot. It might be the founder of your company who discusses their business journey online or your PR manager. Besides, the workflow I discuss in this blog post works for brands as well, not only for public figures. In any case, even if you're not managing social media strategy for a multi-dollar brand, online reputation management is important.

Before we take a look at the social listening data and see Elon Musk's actual online reputation, let's figure out what his strategy is. How does he try to portray himself on social media? What is his desired public image?

It's a commonly known fact that Elon Musk's tweets go through an approvement process. Tesla's stockholders proposed this after some controversies that affected the company. It's unclear if all the tweets by Elon need approval from the team or just those related to Tesla, but we know that he manages his account himself otherwise. There is no social media manager spelling out the next tweet for him.

At the same time, Twitter is his main platform for communication with the public: he doesn't use Facebook and spoke about disliking Instagram. This makes Twitter the main channel through which he shapes his public image.

If we were to break down Elon Musk's image he's trying to create, these would be the staples:

This quality is expressed both through his business decisions and social media. He talks a lot about modern technology, space travel, and AI. As well as retweeting SpaceX and Tesla, he discusses potential technology that could be used in the future and the impact of such technology on our lives.

Am donating $100M towards a prize for best carbon capture technology

Rebel with a cause

Scrolling through his Twitter account you get an impression that Elon Musk is a very opinionated man. A lot of these opinions are quite controversial. But Elon doesn't tweet just for the sake of being controversial — he has a strong view of the world and he gladly shares it with his followers. He regularly tweets about social issues and gets involved in the discussion of news.

This image comes as no surprise considering that many companies he founded are aiming to change the world in a meaningful way. He presents himself as a man with a vision for a better future and the means to implement it.

You may be surprised to see this quality — after all, wasn't it Elon Musk whose tweets caused Tesla's shares to go down? However, Elon actually presents himself as a canny businessman with a thorough understanding of the market. He often gives his assessment of stock market trends and tweets about cryptocurrency.

Bitcoin is almost as bs as fiat money

However, being a smart businessman with a vision is not what brought him 43,3 million Twitter followers. It's the memes.

Elon Musk perhaps is one of very few (if not the only) billionaires who is fully versed in the Internet culture. He tweets as many memes as Tesla updates and often mentions staples of geek culture such as Monty Python and Fallout. He jumps on the latest social media trends and oftentimes tweets puns and jokes.

Remember, that each time you post on social media, you contribute to your public image. This is relevant both for brands and people. A useful exercise is to try to describe your brand or a public figure as someone you know: what characteristics would you name? Do they coincide with the desired public image? And do your social media posts correlate with this image?

Another lesson from Elon Musk is his willingness to embrace the Internet culture. Do you know any other entrepreneur with 40 million Twitter followers? The Internet loves people who love them back and speak their language. Do not be afraid to use memes and Internet culture in your social media strategy — this increases your chances to go viral and attracts more attention from social media users.

Now that we've run through Elon Musk's own profiles let's see if his desired image correlates with the existing one. Let's use Awario to examine his online reputation.

The volume of online conversations

Most of these mentions came from Twitter, which is not surprising considering how active he is on the platform. However, news, blogs, and websites also had a sizeable chunk of mentions to offer. This is due to the fact that Tesla's CEO is often mentioned in the news: wherever somebody talks about his many companies or his marriage to a famous musician called Grimes and eccentric decision to name their child X Æ A-Xii.

When you are analyzing the online reputation of your brand or client, the most important metric you have is sentiment analysis. If we look at the sentiment wheel of Elon Musk, we can see that the Internet likes him. Most mentions of him are neutral, but positive sentiment noticeably prevails over negative.

On the sentiment graph, you can see a spike in positive mentions on January 20. Awario Insights allows us to find out what caused this spike by simply clicking on it. 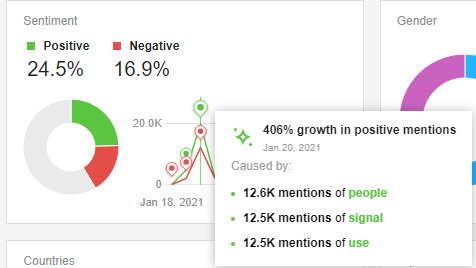 Just like this, we discovered that this sudden spike in mentions was caused by his tweet (what a surprise) where he prompted people to use Signal messenger. This tweet generated a lot of buzz, both positive and negative, but all in all, there were more people agreeing with Elon.

It is amazing to see how a two-word tweet can generate so many mentions. This shows that you never 100% know what post of yours might go viral. Awario can help track your social media impact and show what resonates with people and triggers them to share their opinions and support.

Thanks to sentiment analysis, we already know one topic that was mentioned quite a lot in conversations about Elon Musk — Signal. What are some others?

Let's look at Awario's Topic cloud. Tesla is often mentioned alongside Elon Musk, which is only logical since he is the CEO of the company. It also shows how closely the two are tied in people's minds: the CEO directly represents the company.

A fellow billionaire Jeff Bezos is also brought up quite often. If we go through the mentions, we find out that the reason these two a grouped together is that they both made more money in the past 10 months during the pandemic. This was highlighted by the USA senator Bernie Sanders in a tweet that attracted a lot of attention.

We must tax the rich & raise the minimum wage to at least $15.

Another prominent topic is COVID-19 — and once again, this buzz was caused by his own tweet. This week and old tweet back from March 2020 has resurfaced where Elon Musk claimed that the pandemic would be gone by April. Of course, a lot of people pointed out how wrong he was. COVID-19 remains one of the main news events so it's not surprising that even older tweets about it are still relevant. After all, the pandemic is still very much relevant.

In addition to that, you can see on the Topic cloud that such words as technology, SpaceX, carbon, Starlink, and other Musk's ventures and projects get mentioned quite a lot.

Overall, Elon Musk's desired public image correlates with his existing one. He is generally liked by people and is mentioned a lot in conversations related to technology, current news, and business.

At the same time, there are cases when his hasty tweets cause some backlash from the public just like with predictions about COVID that didn't happen. Perhaps, since then he learned to be more careful with his tweets.

If you want to run your own reputation analysis, I suggest following the same workflow: estimating the volume of conversation, taking a look at the sentiment analysis and spikes in positive and negative mentions, and finally looking at the most prominent topics to understand associations with your client. And stay away from making predictions about the pandemic — leave it to the experts. 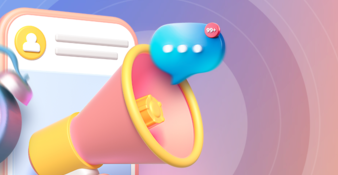 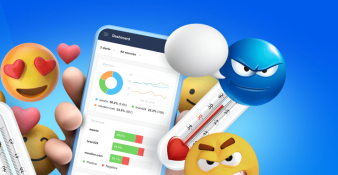 Social Media Monitoring
A guide to sentiment analysis: What is it and how does it work?
By Masha Maksimava
November 11, 2021 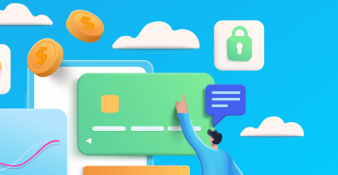 Reputation Management
Reputation management for banks: how not to fail
By Anna Bredava
July 29, 2021