How to market through influencers

If your business had been set up before 2013 then when you hear the word ‘influencer’ you probably imagine powerful publications, TV hosts, and Beyonce. If you also have kids you might think of those YouTube voices talking about video games, makeup... and Beyonce. In any case, if you are selling anything a bit less teen-oriented you might believe it’s OK to ignore the social influencers trend. Because to be honest, who knows what it even is, how long it will last and how it works. Well, 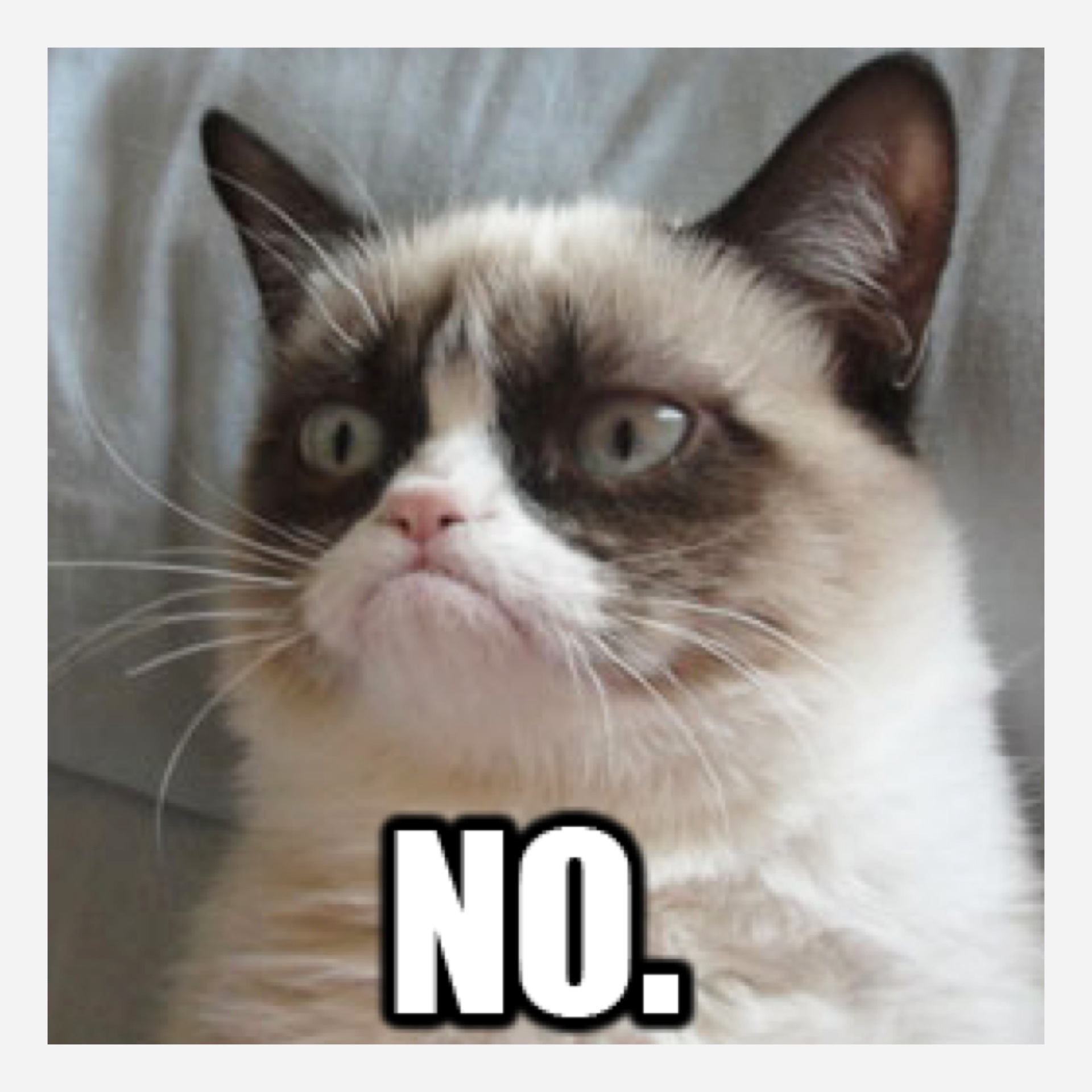 Let’s start with terminology as all good bloggers do. What does marketing through influencers mean? Simply, it’s when a brand uses the influence of an individual to increase awareness or sales of its own products. Why should you jump into it, besides reach? 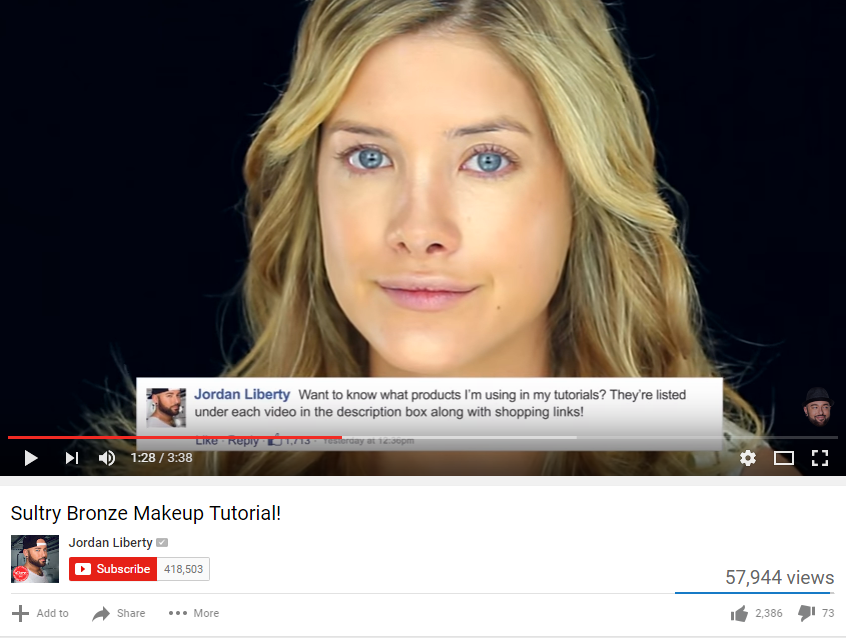 It’s late, you’re trying to watch an episode of Your favorite TV show and Amazon makes you suffer through 5 seconds of an ad before you can start. Yes, that’s why people download AdBlockers. Now imagine you’re watching ‘Cooking for dummies’ because your wife has been on holidays for the past week and you can’t possibly live on fast food any longer. And the cooking guru tells you that he likes using Filippo Berio oil - you’ll note that, right?

In no way I’m saying it is a new concept. It’s just moved to social media.

And there, in the social media universe, it’s still an arbitrage, i.e. it is sold for cheaper than it is actually worth. Right now businesses on average are making $6.50 for every $1 spent on influencer marketing, according to a poll of marketing professionals conducted by Tomoson. Predictions say, it’s not for long. So, let’s move on to a step-by-step plan for implementing the influencer marketing strategy.

This is, of course, when Awario enters the room.

1. Click on the + button at the top of Awario's left-hand menu and create two alerts: one for your brand and one for your industry. 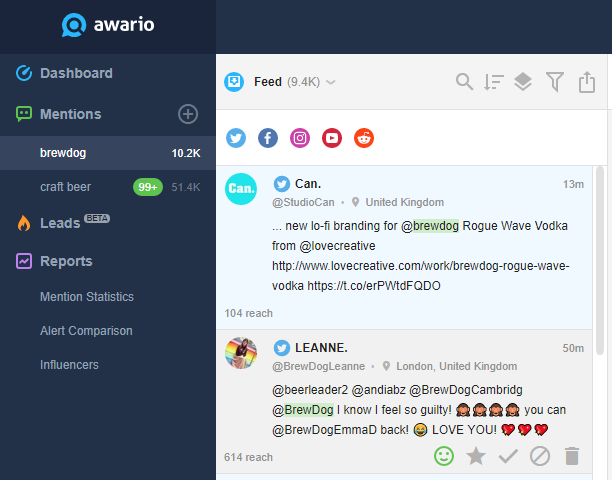 Note: If your brand is a common name insert “negative keywords” to refine your search. 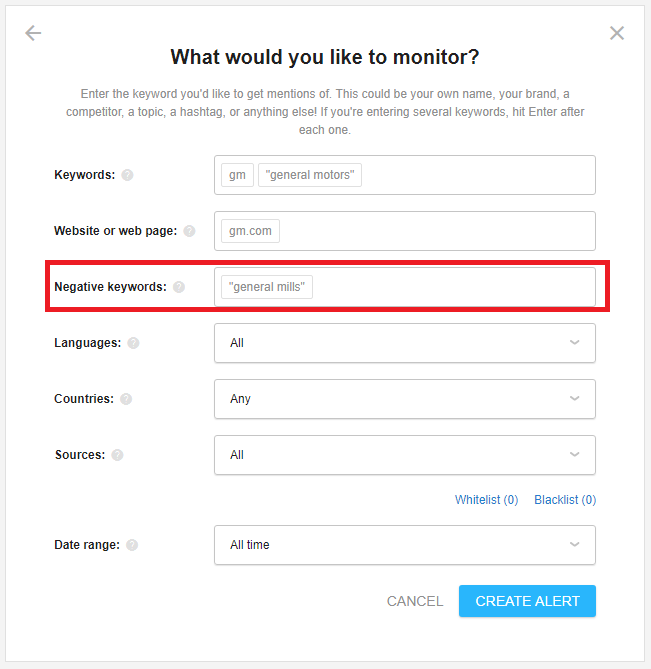 2. Go to Reports and click on Influencers to get a full report. 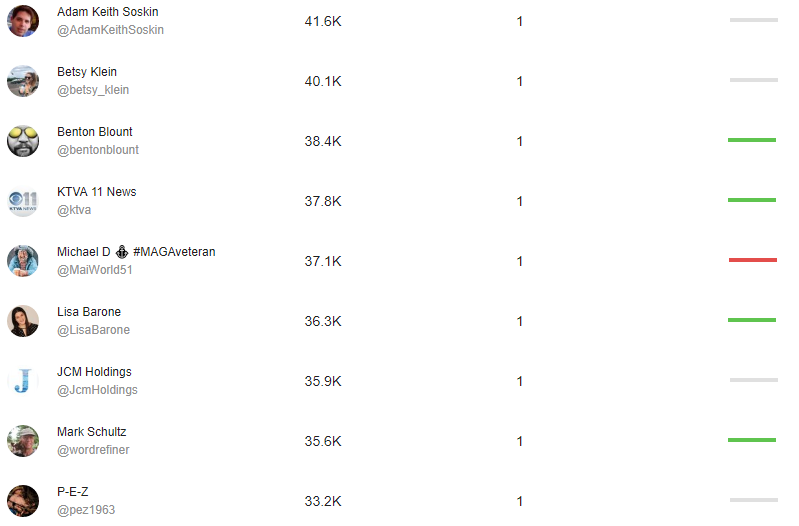 2. Form a relationship with your influencers.

Follow them on Twitter, subscribe to their channel on YouTube, etc. - you know how that works. After all, you do have to know if they are right for you. What they post will give you a good idea of how relevant they are to your brand.

Get involved! Remember reciprocity! Promote their work before asking them to promote yours.

Your influencer will feel strange if you ask them to advocate your product straight away. It might even have the opposite effect, like saying “I love you” on the first date. The key to this stage is to form mutual trust.

It’s a common fallacy to chase only influencers that have the largest reach in your product category. That’s not enough. Small businesses should be approaching niche influencers that have a closer relationship with their readers. A number of mentions in smaller communities is just as likely to increase your exposure/sales as one mention by a big influencer, but there is more chance for the first thing to happen. Now how would you know you’ve reached the right people and benefited from their exposure? This depends on your original goals. What you could have gained is:

To see if that has happened you should have been monitoring your brand mentions previously. Then it is easy to do over-time comparisons. Watch your Dashboard to see how the n

Increase in the traffic, conversion and purchase intent.

Did you actually increase traffic or sales by gaining credibility and expanding your reach? Well, you know how to calculate that. Now a bit of additional information. There is a number of social media platforms but it depends on your goals and your target market which platform to approach. Of course, the more you contact - the better. But time is limited. So who should be your priority? We’ll look through the most popular ones.

Twitter is an effective broadcast platform. Keyword - broadcast. Influencers on Twitter have loads and loads of followers, so anything they mention is heard by many. Moreover, unlike YouTubers, followers on Twitter don’t have to make any extra effort (click anything) to get this information. It is worthwhile to contact Twitter influencers if your goal is brand exposure.

Self-made YouTube stars are phenomenal. They have a huge impact on sales through videos based on products reviews, walkthroughs, and tutorials (video games, cooking, makeup, etc.). YouTubers, however, would love to criticize the hell out of your product if they don’t like it, so keep that in mind. 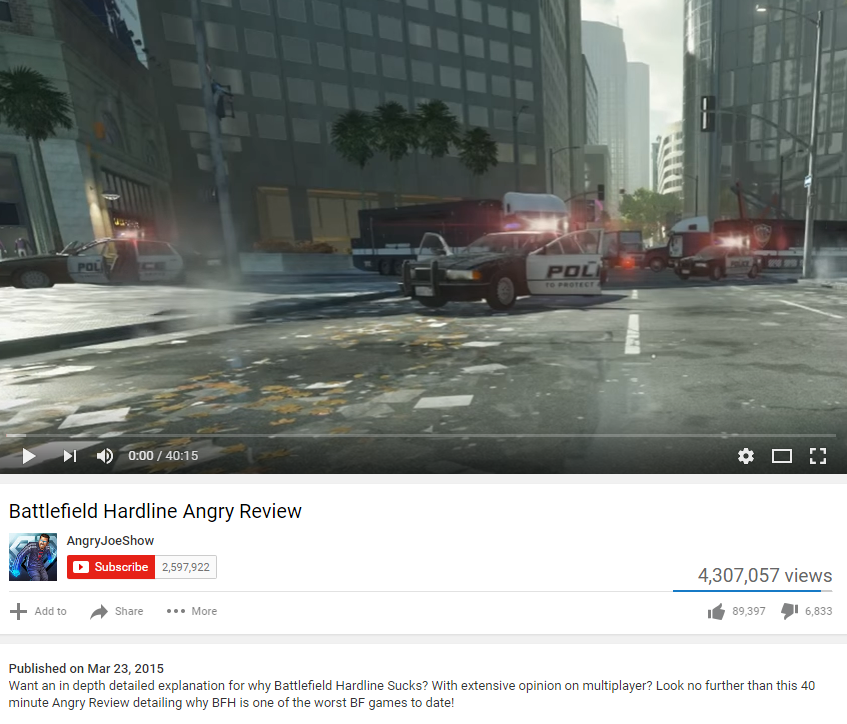 Blogs are targeted and specific. They have a dedicated audience that is acquired over the years. They combine friendly participants (almost like Facebook) and specified topics of conversation (almost like YouTube). Contacting an influential relevant blogger with an active audience means exposure to engaged, interested and interactive people. A dream come true.

Forums are niche, closed communities. They are sensitive to new people and therefore, often hard to reach for marketers and other interested parties. You have to become a part of the community to reach out to the forum’s influencers.

Statistically, Blogs and Facebook are the most influential platforms for influencer marketing.

Remember, this relationship should be beneficial to both, so don’t try and sell garbage to your influencer. They’ll never stop criticizing you publicly.