Top 7 YouTubers (and what brands can learn from them)

YouTube is a sensational platform. The total number of people who use YouTube is now more than 1,300,000,000. Almost 5 billion videos are watched on YouTube every single day. Even on mobile alone, YouTube reaches more 18-49 year-olds than any cable network in the U.S. Surely, it’s a noisy space: 300 hours of video are uploaded on YouTube every day. Entertainers and educators that came to YouTube in hope of getting rich and famous have to face even more struggle than a marketer trying to sell a yoghurt brand among thousands and thousands of yoghurt brands. So people that made it to the top of the YouTube list are interesting for a whole number of reasons. They can help us answer the questions such as:

So let’s look at top 10 YouTube personal channels of 2017 according to Forbes, Business Insider and SocialBlade rankings.

PewDiePie has been probably the most popular guy on YouTube for the past four years. Most of his time on YouTube he’s been playing video games and walking you through them. He has more than 54 million subscribers and his estimated salary is $15 millions. So what’s the secret?

PewDiePie’s success is the result of his personality and his relationship with the viewers. He calls his subscribers “bros”, he’s always happy, smiley and incredibly charismatic. He spends lots of time talking about subscribers, answering questions and showing that he appreciates his audience in all possible ways. He also swears a lot, jokes a lot, laughs, gets visibly scared and basically shows the whole range of emotions in response to a video game. He doesn’t avoid sensitive jokes and he isn’t afraid to offend anyone. He gets in social media trouble from time to time, but mostly people forgive his rare mistakes, because PewDiePie acts like your best friend from high school. And who doesn’t like that?

So if your brand is in the entertainment for teenagers/young adults category, you don’t need strict limits for your social media strategy. Be friendly and funny and experiment with your content. If you’re a business owner, hire the most charismatic person you can find.

Of course, it’s also worth pointing out that video gaming is one of the most popular categories on YouTube. If you’re in this business, I’m sure you already have a dozen of influencers reviewing your games online.

Smosh is a comedy duo of YouTube veterans Ian Hecox and Anthony Padilla. They do slapstick comedy videos that parody video games and pop culture. Having started in 2005, when YouTube was born, they now run seven YouTube channels, have 22.6 million subscribers on their main channel and earn about $7 million.

YouTube is the definition of pop culture. And yet no platform is that keen on parody and on making fun of pop culture in general. So the duo makes fun of everything from video games to racism. Tapping the “big” issues of today’s society is deemed to have a response, and they do it well. No wonder the guys are that popular!

This guy is an extremely popular Spanish YouTuber. He has 17.3 million subscribers, and he became known for his voiceovers of gameplay videos. He does things differently, though. He creates elaborate narratives and histories for the characters in his video games to make them “like a movie.”

What can we learn from that? Firstly, it’s always worth keeping in mind that 80% of viewers on YouTube are outside of the U.S. If your target audience isn’t English speaking, it’s not a reason to ditch YouTube. Secondly, of course, it tells us the importance of the story – something marketers have been preaching for years. With the trend switching to the imagery content, it’s important to remember that while the colorful picture will also work, the story will add massively to it.

Jenna has 16.9 million subscribers and is one of the most recognisable YouTube celebrities. She does funny and silly videos about herself and her life. The video above is the one that went viral and made Jenna famous. Just by its name you can see that the idea is basically to make fun of yourself and the viewers. And that’s beautiful.

Her videos are very personal and unlike the videos of everyone described above, hers are not professionally edited. If they teach us anything, it’s that taking yourself (or your brand) not too seriously and being humble attracts people. Also, while calling your customers ugly might not be the best tactics for you, sometimes it’s also okay to make fun of your audience. Preferably, in a nice way.

Rosanna has the nerdiest cooking channel on the Internet. Cooking isn’t exactly a rare topic – half of TV channels have some kind of cooking programs, then there are books, and the Internet (blogs, chef’s websites, YouTube…). On top of that there’s The Great British Bake Off with its 14 million viewers. That indeed might be one of the most competitive categories. Yet the video above has more than 166 million views. And the author’s estimated salary in 2016 was $6 million.

First of all, Rosanna’s success comes from her acting skills – she isn’t simply cooking, she’s acting the hell out of it. Then, she differentiated her program from the others by calling it “nerdy” (extra points for self-awareness) and targeting the audience that’s into both cooking and Disney movies, rainbows, Nickelodeon and Minecraft. Her videos are like a family movies, only that while watching them adults can actually follow the recipe and make a dinner while the kids enjoy the process. That is opposed to the usual situation when the kids are bored and asking for attention while the parent is trying to follow everything the cook says. Presumably, that’s the cornerstone of Rosanna’s enormous success – picking the right, specific target audience and sticking to it.

Brian Kelly that calls himself The Points Guy on YoutUbe has “only” around 30 000 subscribers, which did not prevent him from being included as the top YouTuber in the “travel” category of the Forbes list and being hired by Chase that paid seven figures for the campaign. Having started with YouTube, Brian Kelly now leads a team of 20 from his New York base.

He has started by explaining to the viewers how to use the credit card points and frequent flyer mile systems. Now he does reviews, tips, tricks and deals – all about travel. He isn’t your usual YouTube reviewer – he doesn’t joke, doesn’t color his hair and doesn’t do anything creative. What he does is provide you with truly valuable information. This teaches us that all cards, miles and other points systems aren’t often explained well enough, if people need The Points Guy to simplify their life. So if you’ve got a slightly confusing payment/saving system, make sure to explain it in a step-by-step video. And consider contacting the YouTube influencers similar to this guy!

Beauty bloggers, like video game walkthroughs, are the YouTube phenomenon. No one knew they could exist in such numbers until 2005. No one knew they could get that much attention. There are hundreds of super-successful beauty bloggers and Manny is one of them. He’s in the Forbes influencers list and has gathered more than 210 million views on his videos. He does makeup, product reviews, but also talks about his personal life a lot and engages actively with his audience. He does stand out because most beauty bloggers are girls, but that’s definitely not the only reason for his success. It’s his communication, the level of attention he pays to his subscribers and the easiness with which he does his videos. As with many other popular YouTubers, you see him as a talented and helpful friend, not as some kind of makeup guru from MAC. And that’s exactly what brands should aim for.

So based on these examples (there are plenty more, of course) we can say that:

2. While there are exceptions, a friendly, humble and humorous tone works best for YouTube.

3. Even if you’ve joined YouTube today while most famous people in your category on there have been around since 2008, you can still attract lots of followers. That is if you choose the right audience. Or get insanely creative. Or are a guy doing makeup.

Do you have favorite YouTube celebrities? Which channels inspire you, make you laugh or teach you new skills? What makes your YouTube channel work? Do avoid YouTube in you SMM? Let me know in the comments! 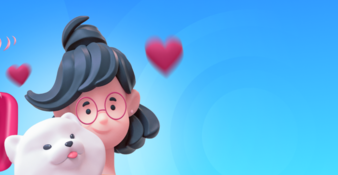 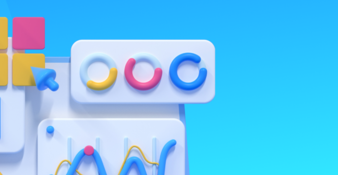