What is influence? When we set out to analyze thought leaders in the digital marketing community, we wanted to understand what qualities you need to become an influencer in the industry that knows the ins and outs of the influencer game.

This is an article dedicated to Awario's Top 50 digital marketing influencers report, but I'd like to start with another influencer research I've conducted recently. In the article I wrote for Search Engine Journal, I tried to identify the top 10 female influencers on Twitter. Obviously, online influence at this scale somewhat reflects your influence in real life. The female influencers that were considered for this list are all very popular artists, performers, business women, and politicians. Due to the nature of social media, it's much more likely that you'll have influence is you're liked by the millennial audience.

When the article came out, I got the following comment about the top influencer on the list: 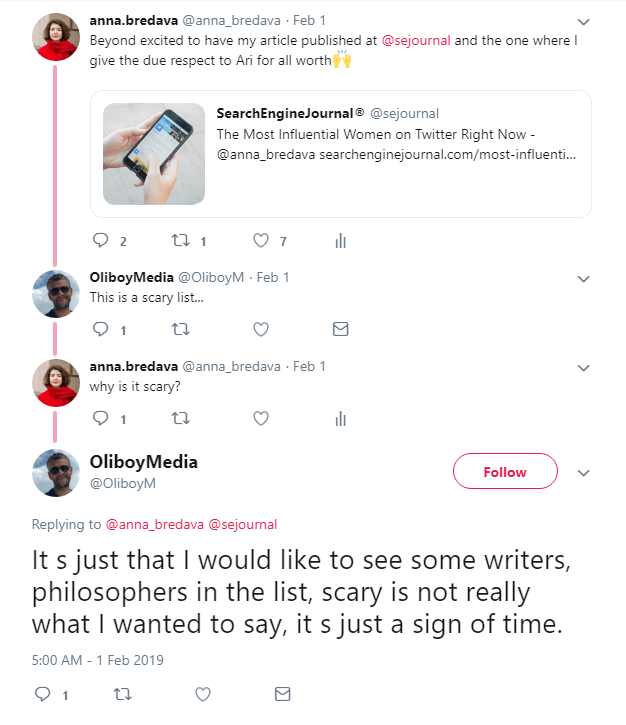 Even though some of the people on the list are smart and capable women who know how to promote their brands and business online (after all, one of the richest women in the world is on the list), they are often treated as air-headed and shallow. And it's not entirely untrue: many celebrities like to share their lives of luxury and abundance with their audience without bringing anything meaningful to the conversation. Indeed, celebrity culture can be very superficial (not to say that the women on the list are superficial, of course).

Digital marketing culture, if we could call it that, may also fall into the same patterns of brand influencers being blindly idolized based on their status, appearance, and wealth as opposed to ideas and thoughts. In addition, it has become obvious that social media influence is very easily manipulated with several famous influencers being exposed for faking their online success to get more money for influencer campaigns with the help of paid followers and like farms.

Someone published a detailed report naming and shaming a lots of popular Instagram 'Influencers' as FAKE!

The post on Medium got removed earlier today, but here's a cached copy: https://t.co/5kMUO1PuH8

For starters, we are marketers. Our whole business is about driving attention and building online audiences, including forging influence on the Internet. We understand when it's not done in a fair and mutually beneficial way. You won't become an influencer in this business by sharing common truths and cookie-cutter messages. In the online marketing world, we give recognition to those who actually have something to say and contribute to the community.  Moreover, we are a creative bunch, so with our influencers, we're looking for creativity as well.

However, it's not easy to identify influencers. How do you determine the power of an influencer? Is it based on the number of people you reach, i.e. the size of your audience? Or is it the loyalty of the audience, how often they interact with you? Or is it the power you have to actually affect their business strategy? The replies will probably vary from marketer to marketer depending on your business needs and goals, but I feel like the answer is somewhere in the middle.

Or rather, the answer is in our Top 50 digital marketing influencers report. It includes the rating of top 50 influencers, top 10 most engaged and top 10 most mentioned influencers, and you can download it below. The methodology behind the rating is thoroughly described in the report itself, but I wanted to point out that we really aimed to make it as all-encompassing as possible. We used Awario for finding influencers, as well as additional sources where marketing influencers were rated. In the report, we don't just list the most prominent voices in our industry, we also explain why they became popular. Check it out!

In this report, we analyzed different sets of online data, both collected by Awario, our social listening tool, and social platforms themselves. Moreover, we went through the initial list of 100+ influencers and picked those with the highest number of followers, engagements and online mentions.

Obviously, there were some limitations: for instance, we were able to count the average number of LinkedIn interactions for each influencer, but since LinkedIn doesn't give monitoring tools access to their API, collecting mentions from LinkedIn is impossible. Therefore, if an influencer uses LinkedIn as the main platform for sharing their ideas online (and it's highly likely since LinkedIn is the most business-focused platform out there), they had a disadvantage over an influencer who's more active on Twitter, for example.

The final 50 people that ended up in our rating are each an amazing representation of the influencer marketing community. They are smart, creative and they know their business best. Of course, each and one of them is unique but is there anything common about them? If we look at the leading influencers in our niche, can we identify any trends?

Analyzing the analysis: who are the top influencers?

What do these 50 people tell us about the online influencer community on the whole? Based on this rating, it's much more likely that a marketing influencer will be a white man. Female influencer to male influencer ratio is quite uneven, but not as uneven as POC vs white people. Considering the world we live in, that's not very surprising, even for such new industry as social media marketing. 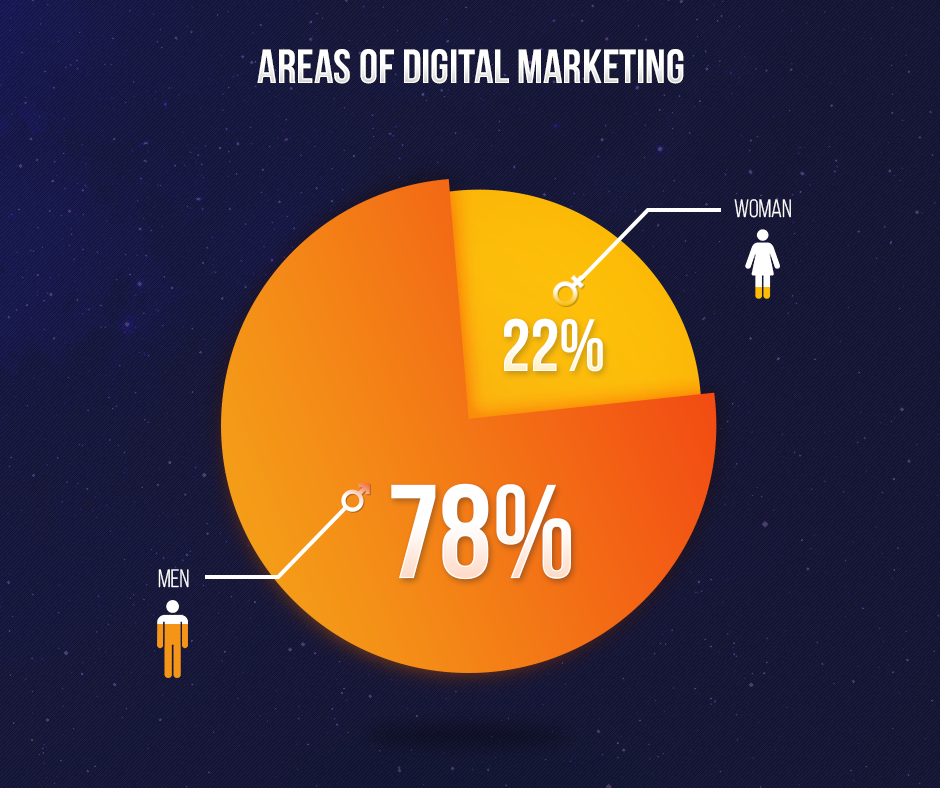 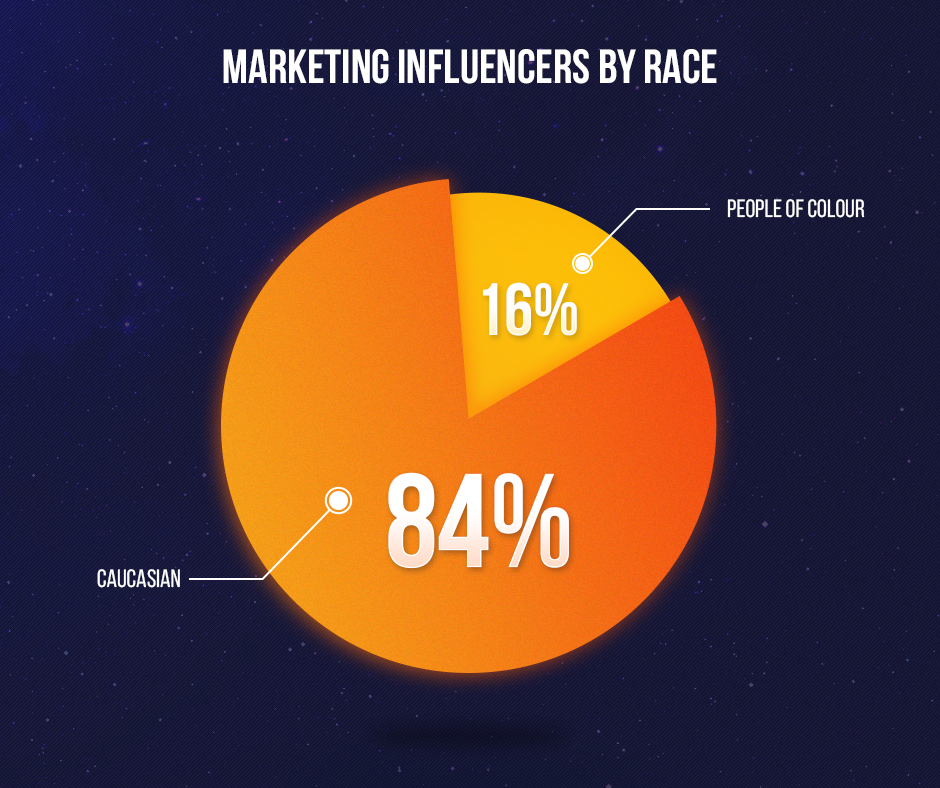 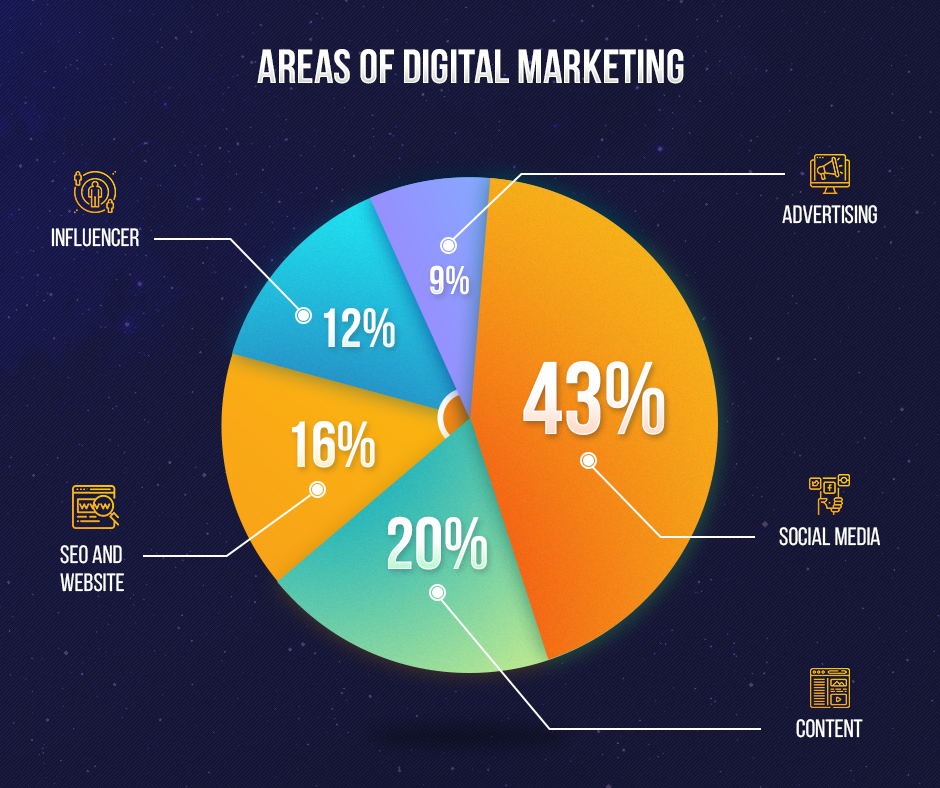 I would expect that influencer marketing would be very popular among influencers, but that doesn't seem to be the case.

Most of the influencers share written content, either on their blog and personal website or directly on social media, but many of them also produce videos for their YouTube channel: I can point at Neil Patel, Gary Vaynerchuk, and Pat Flynn as influencers, who fully employ the power of video content.

Overall, I'd say these numbers represent the digital marketing community quite accurately.

Perhaps you expect me to show you the top influencer from the report as a preview of what you might see there. But that would be quite boring, wouldn't it? Instead, I present to you:

These are the people from the report whose Internet presence makes my social-media-scrolling procrastination infinitely better. So, in no particular order:

Rand Fishkin is a very "real" marketer: he has opinions on what's working in our industry and what's not, and he is ready to share them. I started following his content more closely after he quit Moz and focused all his energy on his new business Sparktoro, a platform that promises to revolutionize influencer marketing and audience analysis. For now, it's the home for several free tools and Rand's insightful blog posts (here's a very topical one on influencer marketing). Rand's ideas are among those that are able to cause an Aha! moment, and you really need Aha! moments in your professional life. Although he talks less about social media marketing, which is my area of interest, I still read everything he puts online.

He also seems like a very nice and socially aware person, and it's always a plus!

Ann Handley is the brains, heart, and fingers behind MarketingProfs. She mainly posts about content marketing and writing. You can learn a lot simply from following her on Twitter and LinkedIn, but she also wrote two amazing books that can turn you into a content-creating machine (if that's what you want). And once again, she seems like a really nice person.

Matt is a social media guru who often breaks the news about new features or events around social platforms. He is very active on Twitter and Facebook, where he moderates The Social Media Geek Out group. He is probably one of the most knowledgeable people in the world of social media with a clear understanding of what's going on, and I'd love to pick his brain on what he thinks the future of social media will look like. Also, he's British, so I assume he wouldn't turn down a nice cup of tea.

Madalyn is a Twitter guru and an amazing tattoo-wearing social media evangelist. She is one of the pioneers of social media: in the 90s she founded GoGirlsMusic, a forum for female musicians, which effectively could count as an early prototype for social media. She went on to become a social media marketing expert who manages several Twitter chats and speaks at events around the world.

Joe is an influencer and blogger, but most notably, he is the founder of the Content Marketing Institute and an avid fan of the colour orange. He mostly posts about content marketing, but he also shares a ton of useful information about all things digital marketing on Twitter and occasional looks into the life of a business owner. Currently, Joe leads the Orange Effect Foundation, a non-profit that helps children with speech difficulties. I'm very glad that he decided not to tend sheep after all!