Neuromarketing: all you need to know

Have you heard the term "neuromarketing" thrown around often enough in the past years to start wondering what in the world is it? Just another buzzword or have these psychologists (marketers? neuroscientists? charlatans??) come up with something different and worth looking at? Or maybe, all companies are already using the method and you're running behind, desperately late for the party? Let's find out.

Neuromarketing means the application of neuroimaging methods to product marketing.

Using glasses with integrated cameras or a screen-based eye tracker, the researcher is able to track the eye movement of the participant while she is watching the ad or is exposed to some other marketing stimuli. Eye-tracking tells us where the viewer's attention is directed. With this tool a marketer might, for example, find out that while the purpose of the ad had been a car, the viewer was too disctracted looking at the pretty women in the ad to properly notice the car.

Knowing where the attention on the ad is directed can change the way texts and images are placed. Placing, then, will ensure the attentional transfer from one elmenet to the other that makes the most sense for the company. The properly placed attention ensures the memorability of the product, as memory is what follows attention in the development of human information processing. 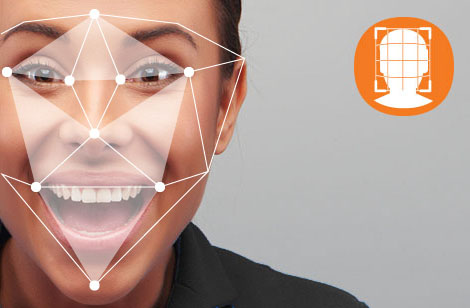 Advertising is all about emotions. Decades of reasearch have shown that the ability of an ad to evoke positive or negative emotions shapes the future sales. Emotions, in turn, have a tendency to be reflected on our face, and that's the thing that facial coding picks up on. Facial coding means exactly that: specific software assesses the movement of facial features to measure positive and negative reactions and the exact timing they occur, which is just as important as the presence of emotions itself, because only knowing the trigger, you can assess "what works".

EEG is a more advanced technology to determine your mind's reaction to an ad in more detail. It helps define when the memory processes - encoding and retrieval - begin. The trick here is that encoding begins (if it begins at all) just after the stimulus is presented and just before the conscious awareness hits. EEG aims to catch just that: it tracks brain activity by miliseconds to track implicit memory processes. 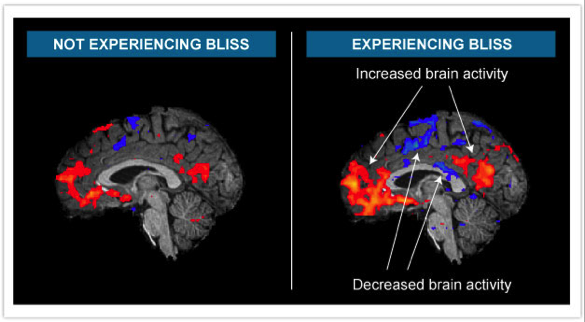 fMRI is also used to monitor participants’ brain activity before, during, and after exposure to an ad or other marketing stimuli. In fMRI, parts of the brain that are activated in response to a stimuli light up.

Other methods include physiological sensors that monitor heart rate, breathing, and skin response.

Marketing as a field is evolving day by day. The more products appear on the market, the more they compete for the prospect's attention, the more advanced the methods become. Or do they? Most marketers are still stuck with the same research techniques that were used thirty years ago: focus groups, surveys, you know the list. The shortcomings are massive and well-known, to the point that for many marketers using these techniques comes down to the matter of faith. It's assumed that customers are truthful, remember things correctly (which is never the case), and are willing to share their thoughts with the marketers. At the same time, it's assumed that marketers are asking the right questions, then code, analyze and interpret data correctly.

Neuromarketing is a step further, a huge one to say the least, to understand how the consumer's mind works. It's there to complement all other research methods, not fully take their place. Neuromarketing has a number of important limitations, which we'll talk about later, but so far, here's what we know about the way it works:

Combinations of tools above (not all of  them at a time, but usually a couple of them at a time) aim to show how customers respond to brands, brand attributes, new products, advertisements, celebrity endorsers, packaging, websites and other marketing stimuli. This way, researchers accumulate information and are able to fix/change some things short-term and discover more on branding and effective marketing long-term. 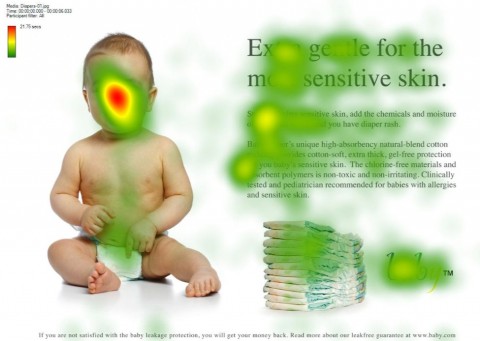 At this point, there is no integrated theoretical framework that explains how "influence" works within our brains. We know that it must include separate cognitive processes for perception of the outside stimuli, attention to their features, and memory to compare these features to what we already know about the industry. We know that more than 90% of the information is processed subconsciously in the human brain. But how these processes work together is still pretty much a mystery. However, we're on the right track.

For example, do you remember the classic study where participants preferred Pepsi to Coca-Cola in a blind test, but Coca-Cola to Pepsi when they were told the brands?

In neuromarketing, they replicated the experiment, but used an fMRI machine to track brain activity while giving participants Pepsi and Coca-Cola. As in the original study, when participants didn't know what they were drinking, about half of them said they preferred Pepsi. When the researcher told them which samples were Coca-Cola and which were Pepsi, the results shifted to three-to-one in favor of Coke. The researched observed heightened activity in the prefrontal cortex, part of the brain that controls higher thinking, as well as in the hippocampus, which relates to memory, when Coca-Cola was named. It was then proposed that the brain was recalling images and ideas from commercials, and that the thoughts and emotions connected to the branding were overriding reactions to the actual quality of the product.

In a different study, it was shown that endogenous brain activity differences were associated with differences in choice-making within a retail product choice context. This means one day we'll be able to predict a consumer's choice of product before he or she sees the choice. And, most importantly, we'll be able to correlate psychological concepts such as memory, emotion, and decision-making with marketing ones, such as positioning, reaction to brand advertisements or brand loyalty.

First things first, tools used in neuromarketing are extremely expensive. Many believe that this will change, but it's safe to say that this won't change in the nearest future. Many also agrue that all other marketing methods are getting more expensive, too. However, the spendings so far are still incomparable. So the answer to the question from the beginning of the post is "No, you're not late to the party". It's not that most companies use it and it won't happen soon - neuromarketing is just a trend which is cool to be aware of.

Secondly, it's a debatable topic in terms of ethics. If you search for "neuromarketing" in Google Scholar, you'll get more papers discussing the ethical dilemmas of this practice than studies. Ethical implications are out of the scope of this article, however, if you've got something to say on the issue - go ahead and share in the comments.

Every field of study tends to overestimate their research and their methods. Neuroscience is not an exception. It would be a huge mistake to reduce complex psychological processes to individual brain areas, which are judged necessary and sufficient for their occurrence. As noted above, we need to combine all research methods available to us, for example test customer insights from focus groups, surveys, or ethnography with neuroimaging methods.

What are your thoughts on neuromarketing? Let me know in the comments! 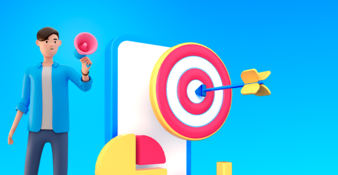