Twitter is a playground for a particular audience. Just how you wouldn't use Facebook to reach 15-year-olds, don't try to use Twitter to reach someone like your grandma or boss (unless you're working in tech, marketing, or media).

According to the Pew Research Center, Twitter users are younger, more likely to identify as Democrats, more highly educated, and have higher incomes than U.S. adults overall. Moreover, some industries favor tweeter over other platforms: I already mentioned tech (just look at Elon Musk's Twitter), startups, media, and politics.

In addition to that, Twitter is one of the main platforms for social customer support: brands get hundreds and thousands of @s and DMs from their customers. Some even set up dedicated Twitter accounts specifically for handling customer care.

We know how important battery life is on your Mac. How long ago did you install the macOS update? Let’s take a look at the Activity Monitor to see what processes may be running. https://t.co/aTAsN1cMic

At the same time, you have a pretty high chance to get noticed on Twitter. The lifespan of a tweet is much shorter than an Instagram or Facebook post (about 18 minutes), however, there are not as many people tweeting as you might think. The 10% of users who are most active in terms of tweeting are responsible for 80% of all tweets created by U.S. users. 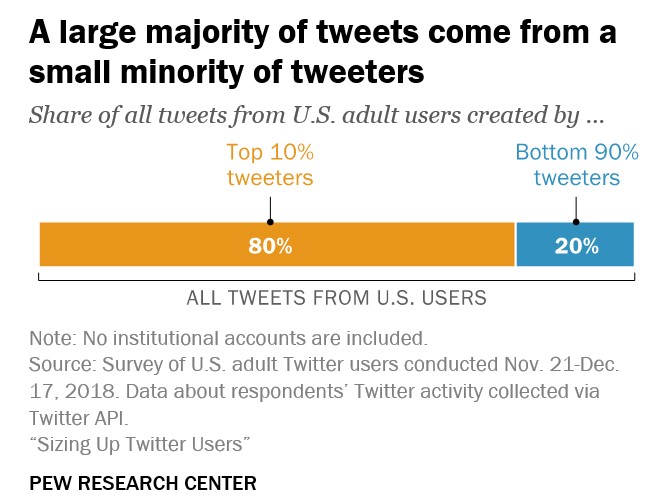 All this makes Twitter a great platform for marketing — and one where you're not required to use ads to gain followers unlike on Facebook. You can win Twitter over just with your wit and charm — as many Twitter influencers do. Let's turn to them for advice on how to kill it on Twitter. Actually, a lot of these tips can help you on other platforms as well — so don't apply them exclusively to Twiter.

The same thing we criticize in news media is found in the SEO world, too: "access journalism."

Many prominent SEOs think they need to build a relationship with John Mueller or Gary Ilyich or, before them, Matt Cutts, and not criticize what those folks say, even when it's untrue.

Twitter is doing everything to segment their users based on their interests: that's why they are doubling down on Topics so much. This should sound like gospel to every marketer since we know that defining your target audience and finding where they are is the cornerstone of every marketing campaign. Influencers know that as well. They create their content around a specific topic or voice their social and political beliefs thus attracting people with the same interests and creating a community. For Twitter influencers, this is an organic process, but brands can do the same deliberately to attract new customers.

I find it amusing when politicians try to diminish the seriousness of our policy work, movement organizing & grassroots fundraising to “she just tweets,” as though “serious” politics is only done by begging corporate CEOs for money through wax-sealed envelopes delivered by raven

How to: find your audience

The first thing to do is to know who your audience is. Audience analysis is a whole another topic that we covered extensively on our blog already, so check it out! Defining your audience's beliefs, interests, demographics, and attitudes should impact everything you do, from what type of content you post to what tone of voice you use.

Awario can help you find your audience: by creating an alert with hashtags related to your brand, you can find out who talks about your niche and what are their other interests besides your niche. For example, if you're marketing a plant-based cheese, creating an alert with keywords such as #vegan #crueltyfree #plantbased and checking out the analytics can help you get the fundamental metrics for your target audience analysis. 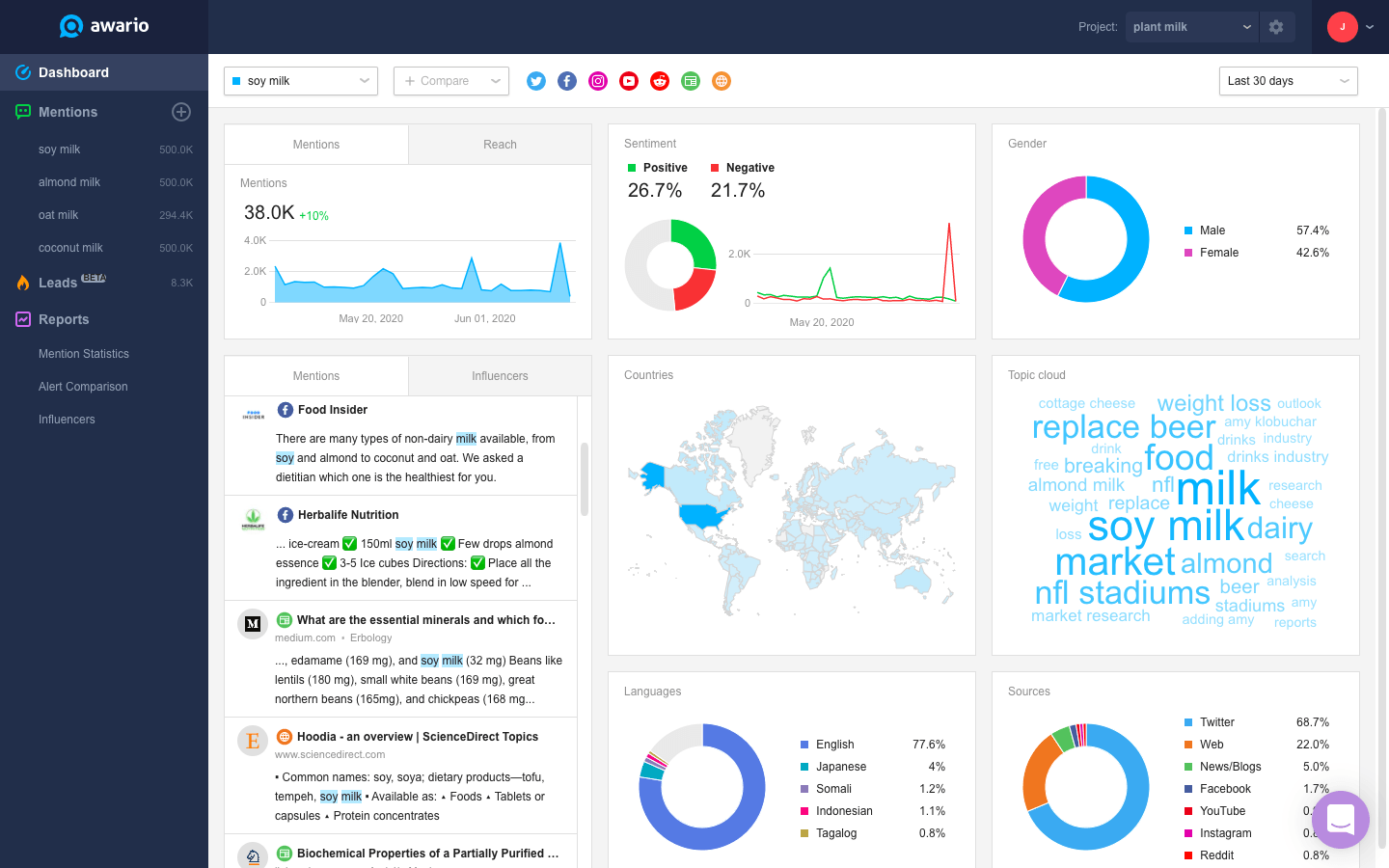 Rule 2: Engage with your audience

So you found your audience, what do you do with it? Talk to them! 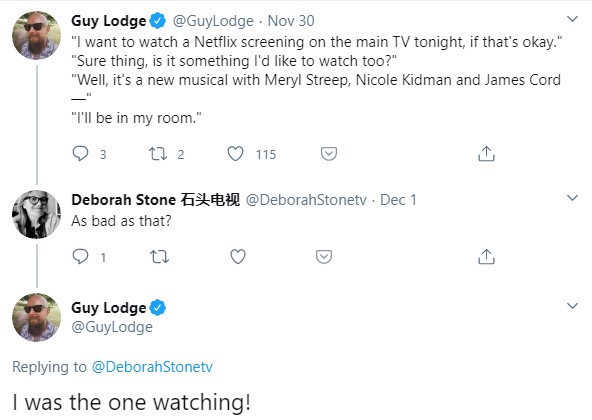 Twitter is perhaps the best social media network for conversations with strangers. Unlike on other social media platforms, you don't need to connect or become "friends" to comment on each other's statuses: sometimes you don't even need to follow each other to do it. Twitter's algorithm puts a lot of tweets from people you don't follow on your timeline based on your engagement and interests, and you can take advantage of that.

Twitter influencer, from micro- to people with millions of followers all reply to the tweets on their feed and replies from their followers, tag other accounts and talk to each other in the DMs (we know that because they sometimes share screenshots of these conversations when they need to win a public argument). If Ariana Grande can do it, you can do it too!

How to: engage with your audiences

That step is pretty self-explanatory: just go on Twitter and start talking to people! However, I'd break it down into the following steps:

I suggest making this workflow a daily routine. Don't forget to encourage engagement from your followers as well! Ask them questions, recommendations, to post Twitter polls, and use other creative ways to inspire conversation. For example, this Twitter influencer gives out perfume recommendations based on the situations people describe to her.

OK! If you are on line to vote or text banking or just trying to distract yourself for one blessed minute from the stress of today....it's perfume genie time for the next 45 mins (rules in the thread to follow!) pic.twitter.com/fiMox9u1dM

Another great way to practice engaging on Twitter is to participate in Twitter chats. We made up a list of Twitter chats for marketers here, but you can look for one in your industry as well!

Rule 3: Listen and stay on top of trends

Since I've already started talking about social listening, let's discuss it in a bit more detail. I doubt that many social media influencers use social listening tools: maybe the politicians and A-list celebrities do, but certainly not micro-influencers. However, they do know how to listen to their audience. This is actually a natural development of the previous rule: the more you engage with your audience, the more you listen to them and the more you learn about them. Since Twitter influencers talk to their audience so much they obviously listen to them and know what they want.

Twitter influencers are spending so much time on Twitter that they simply know what are the hottest trends, latest memes, and trending topics on the platform. Since Twitter itself is based on the premise of quick information and live events, new trends appear daily. For social media marketers, who usually have more than one account to manage, it's impossible to be as connected to the latest trends as some Twitter influencers — that's why we use social listening tools.

how it started // how it’s going pic.twitter.com/dnnqqCIqBE

How to: stay on top of trends

I think I made it obvious that social listening is the way to go here. Twitter monitoring based on the keywords related to your niche can help you stay in the know of what's going on in your industry and get the latest Twitter trends.

Another great way to keep up with the latest news and fades is to organize Twitter lists. Twitter Lists are a great instrument to keep track of all the various groups you follow on Twitter: industry newsmakers, competitors, most engaged customers, influencers, and trendsetters. A list of accounts that post the latest news and funny tweets can help you stay relevant.

Speaking about memes, let's talk about wit and humour. There's a common joke that Instagram is for pretty people and Twitter is for funny people (not like you can't be both at the same time).

Indeed, most tweets that go viral are funny first, and everything else second (informative, beautiful, and so on). There's a reason why comedians, journalists, and writers usually have a huge Twitter following — people come to the platform for jokes.

Brands understand that as well. The most notable example is probably Wendy's Twitter account that uses sharp remarks and sassy one-liners to boost engagement and entertain their audiences.

that fry is longer than waiting for a text back https://t.co/JKdqJz9tPd

How to: be funny

You might say: but it's ridiculous, you can't just learn to be funny. And if we are managing a serious consultancy agency, for example, maybe we shouldn't even try?

Remember, no matter if you're a B2C or a B2B company, your clients are still people. And people appreciate humour. There're different kinds of jokes, there is mean humor, absurd humor, witty observations, word-play and dad jokes, and of course, memes. Copywriting and comedy writing are great skills to practice and leverage for a social media marketer. If the U.S. bank can make pirate jokes why can't you?

What's a pirate's favorite way to make purchases? ... With a credit carrrrrd! #TalkLikeAPirateDay

While Twitter is mostly associated with words, images and video are a big part of it. If you look at the successful influencer accounts, you'll notice that many of them exclusively post visual media: funny videos, pictures of cats, reaction GIFs, and so on. One of my favourite accounts posts pictures that you can send to your friends and partners with a tag line "us" — and it gained almost 260 thousand followers in 3 months.

Among tweets that are mainly text, visuals immediately attract attention. This can aid your brand when you need to stand out from the Twitter feed of your followers.

How to: use visual media

You can use tools such as Pexels, Shutterstock, Canva, and good old Photoshop (and Spark) to create images or turn your regular tweets into images.

Usually, influencers do not set out to have a huge Twitter audience: it comes to them organically because they consistently post deserving content. Brands don't have such luxury of waiting for their audience to grow organically. That's why social media managers figure out what works for influencers and replicate their best practices in our social media strategies.

I hope you try these tips from Twitter influencers and see the results. What other tactics could we copy from influencers? Comment with your ideas! 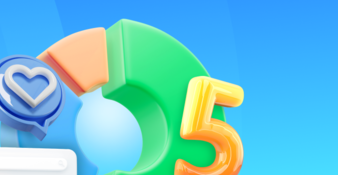 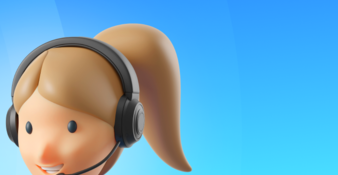