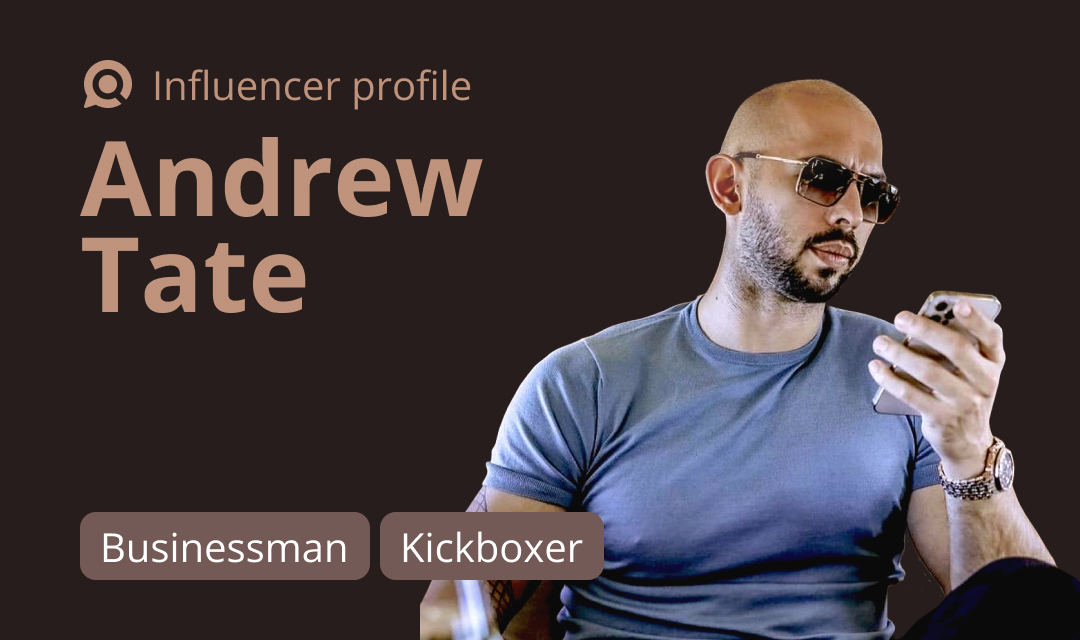 Andrew Tate is a former professional kickboxer who, following his sports success, established himself as a highly controversial social media personality. Tate's controversial commentary throughout various online appearances, as well as publicly calling himself a misogynist and generally having strong opinions, eventually led to him being banned from the majority of prominent social media platforms like Facebook, Instagram TikTok, and YouTube.

Andrew Tate, full name Emory Andrew Tate III, was born on 14th of December, 1986. As of November of 2022, he is 35 years old. Andrew's father is an International Chess Master, Emory Tate, with his mother being a catering assistant. Despite being born in Washington, D.C., he was raised in Luton, England, and now resides in Bucharest, Romania. Initially Christian, he has converted into Islam.

Tate's career started as early as 2005 with kickboxing. Throughout this career, Andrew Tate has competed in cruiserweight and heavyweight divisions, winning ISKA Kickboxing world champion 3 times and the Enfusion Live champion once. Around 2015-2016, he has retired from the sport.

After his kickboxing career ended, Andrew Tate got into the public eye in 2016 for being removed from the British reality TV show Big Brother after a clip of him hitting a woman with a belt surfaced. Both the woman and Tate claimed the clip was edited and everything going on in that clip was consensual. Since then, he brought spotlight on himself through highly opinionated tweets, support of the 45th US president Donald Trump, and operating a venture known as Hustler's University.

As of late 2022, Andrew Tate has no official active accounts on popular social media platforms like TikTok, Twitter, Instagram, etc. He has indeed been banned from all of them.