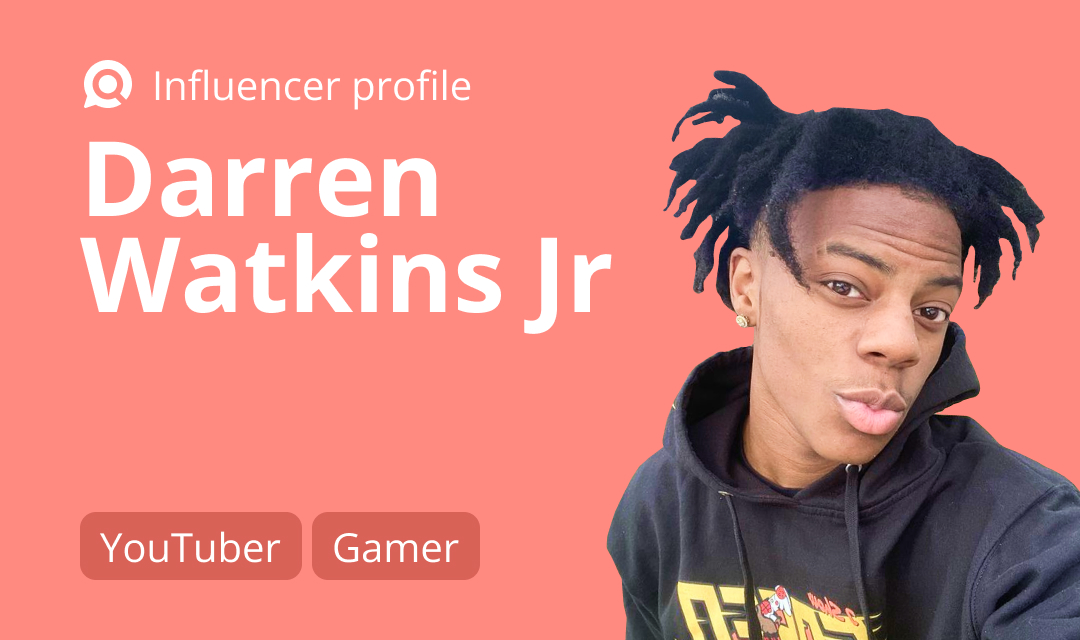 Darren Watkins Jr., better known as IShowSpeed online, is a prominent YouTube star doing videogame, hip-hop, reaction, and livestreaming content. 2021 has seen his subscriber count skyrocket to over 1M in just a few days, making him one of the quickest-growing content creators.His fame originates from videos featuring the NBA 2K videogame series — things like record-setting, challenges, and general gameplay. Since then, Watkins has branched out into livestreaming, general react content, and even making music videos. His online personality is best described as hot-headed and showy.

Darren Watkins was born on January 21, 2005, in Cincinnati, Ohio, United States. Currently, not much else is known about him or his family. For the longest time, even Watkin's age was a subject of debate — it was unclear whether he was born in 2003 or 2005.

I have no girlfriend, friends, family all i do is stream I have officially decided to dedicate my life to defending Cristian Ronaldo. My one and only goal is to make sure everyone calls him the GOAT. I don’t care about my personal life as long as Ronaldo is known as the GOAT