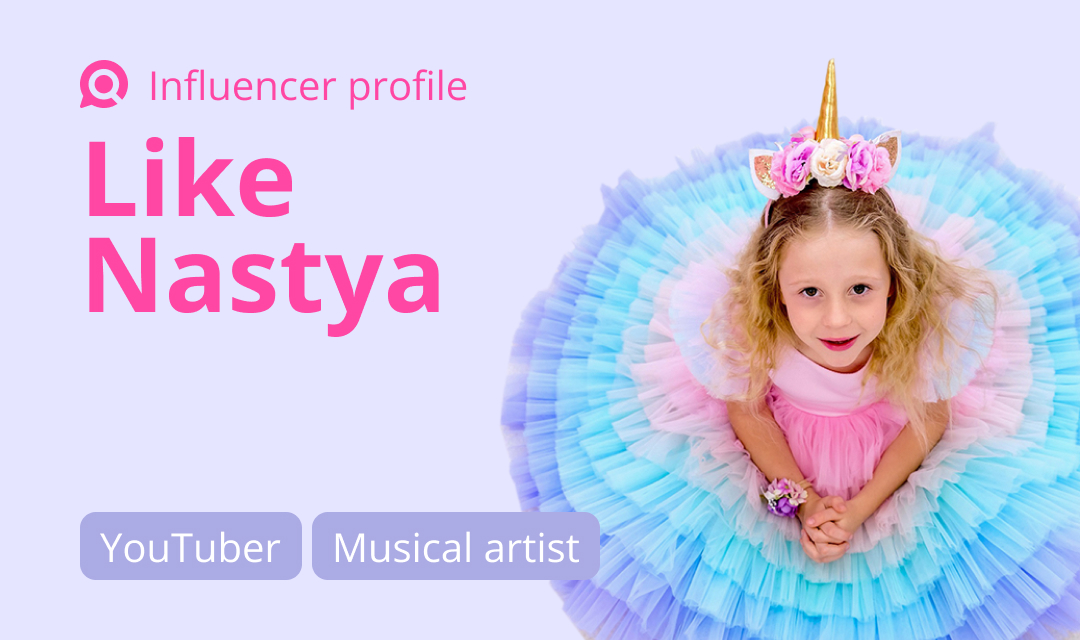 Welcome to Nastya's universe - where Nastya and her parents play, learn, sing, explore and share their life experiences.

Millions of kids and families from all over the world join Nastya every day to explore the world and learn about songs, numbers, nature, colors, shapes, animals, and the importance of eating healthy food, washing hands, being a good friend, and much more.

Anastasia Sergeyevna Radzinskaya known online as Like Nastya, is a Russian-American  YouTuber. She and her parents, Sergey and Anna Radzinskaya, host several YouTube channels producing original child-oriented stories and roleplays. Her main channel is the 5th most-viewed  and 7th most-subscribed channel in the world

Anastasia was born in Krasnodar Krai, Southern Russia. Diagnosed with cerebral palsy, her doctors feared she might never be able to speak.

Before starting their channel, Anastasia's mother Anna owned a bridal salon in Krasnodar while her father Sergey owned a small construction company. In 2015, Anastasia's parents sold their companies, and in January 2016, they created their YouTube channel, which grew rapidly from their content. The family later relocated to Miami, Florida.

Anastasia's parents signed with multi-channel network Yoola and social media company Jellysmack. According to Forbes, Anastasia was "one of the world's fastest-growing creators, thanks to videos in seven languages" in 2019, becoming the third highest-paid YouTuber in the world, with an estimated annual income of $18 million.