Starring is a quick way to prioritize your mentions. To mark the most important posts, use the Star button. This feature is also useful whenever you can't interact with mentions right away and want to save them for later.

To star a mention, open the alert feed, choose which mention to star, and hit the Star button. That’s it! Now your mention is marked and you’ll never scroll past it. 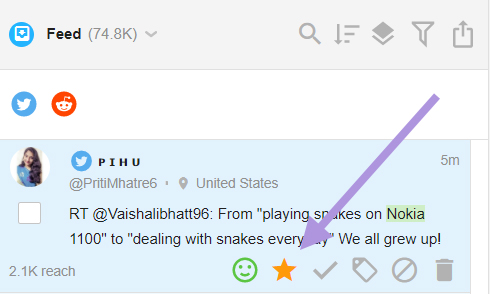 You can then find these mentions in the Starred folder. 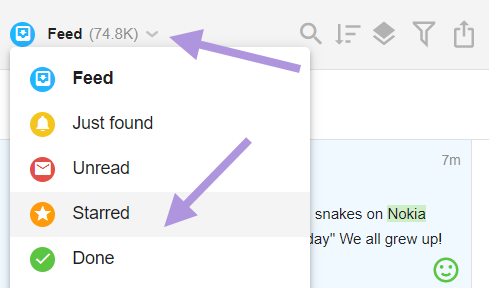 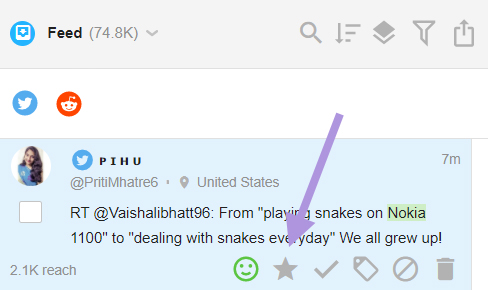 An alert can store a certain number of mentions in the feed. It's 3 000 mentions for the Starter plan, 10 000 for Pro, and 30 000 for Enterprise. When you exceed your mentions limits, Awario replaces the oldest mentions with the newly found ones. But this is not the case with starred mentions. They will be there for you for as long as you wish. :)

Next article: Marking mentions as done